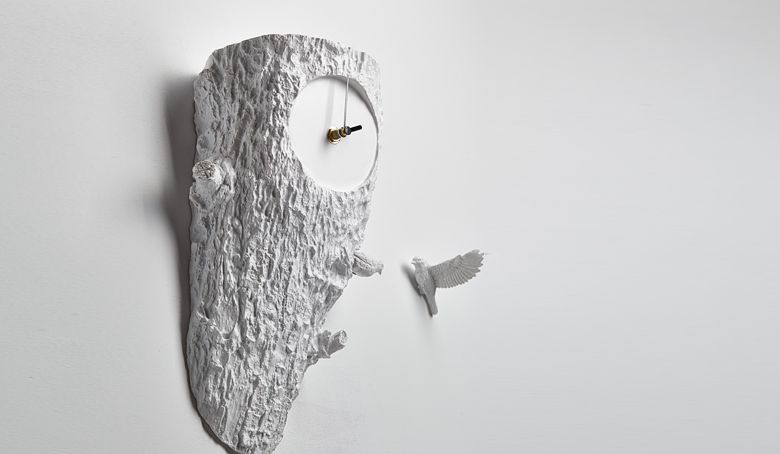 Amelia Roblin — September 29, 2014 — Art & Design
References: haoshi.tw & mocoloco
The development of the Haoshi Cuckoo Clock duo certainly improves upon the typical type in one particular respect. The set of time keepers may be made in quite different styles, yet they share the same concept of companionship.

Unlike the usual cuckoo clock, these two designs include a pair of birds each so that neither is left lonely. The idea is that you mount the flying bird next to the wall clock; meanwhile, a second feathered friend pokes his head out of the main portion to chirp at his buddy every hour.

If you prefer sculptural and organic designs, you might like the tree trunk model of the Haoshi Cuckoo Clock. Alternatively, a geometric version embodies the flat surfaces and straight edges of a sliced beam, bringing character but less detail into your decorative scheme.
5.3
Score
Popularity
Activity
Freshness