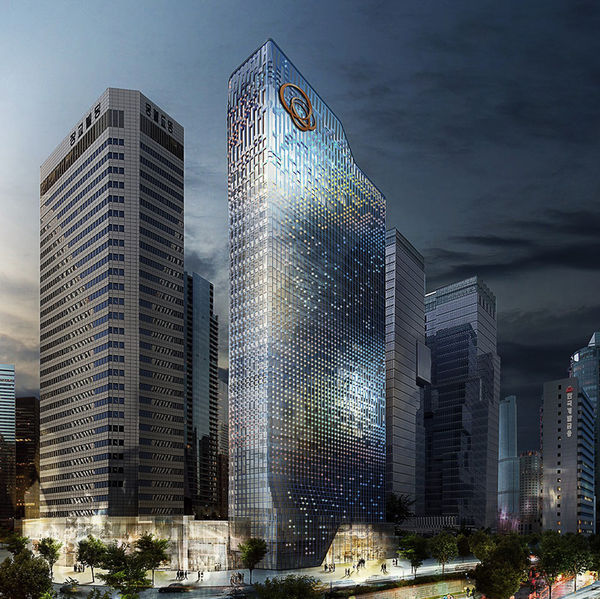 UNStudio is Set to Redo the Hanwha Headquarters in Seoul

The building is also organized so that it maximizes the amount of daylight let in during peak hours. This is to ensure that less electricity is being used, and the space is making the most out of natural resources. According to DesignBoom, "on the south facade, photovoltaic cells are placed on the opaque cladding to harvest power for the structure." Due to the way this entire building is being renovated, it should emit far less energy than its predecessor, and help contribute to a healthy environment.

Cooperative Architectural Concepts
The Center for Virtual Engineering is Communal