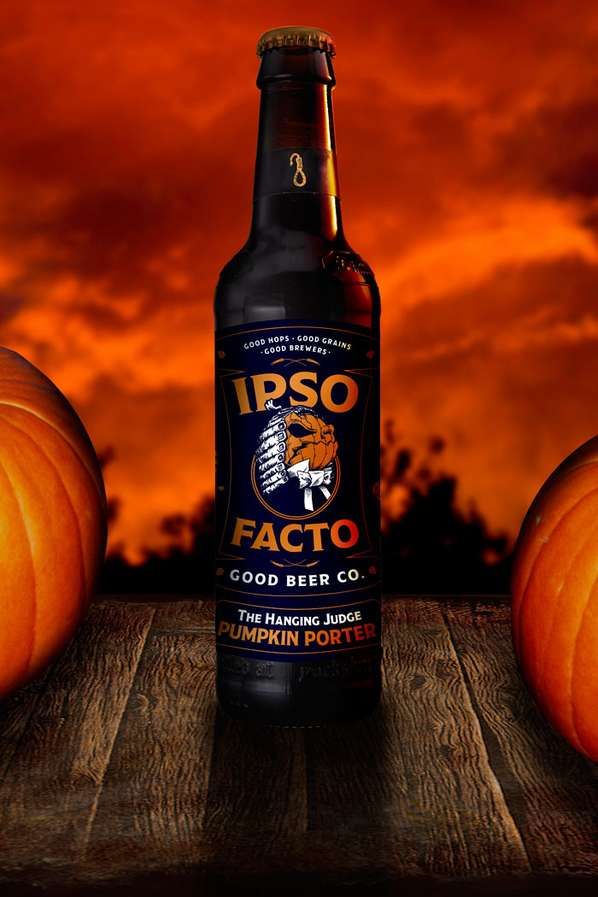 The Hanging Judge Pumpkin Porter is Dressed up for Halloween

Ipso Facto was founded by a group of beer-loving lawyers. The company jovially pokes fun at their former craft by christening their brews with witty names like Wit of Habeus Corpus, Dissolution Pale Ale and Ambulance Chaser IPA.

This time the brand has decided to poke fun at their old courtroom nemesis: the Judge. Outfitted with a snarling jack-o-lantern face and topped with an iconic judge's wig, this is one bottle you don't want to cross. An adorable noose sits on the neck of the bottle. The back gives drinkers the specifics of the brew highlighting the addition of spices, pumpkins and oats to keep you warm on those cool and creepy nights.