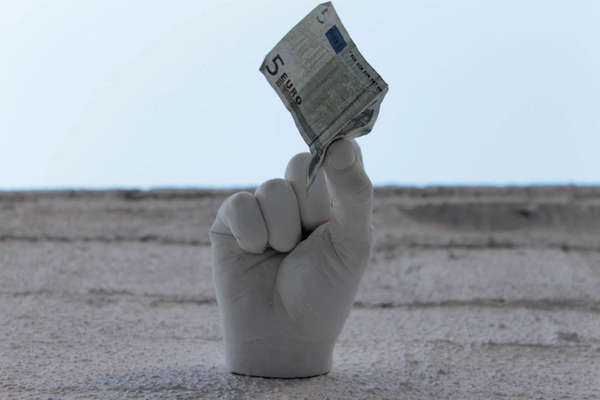 The Hands Street Art Project in Barcelona Mocks the Government

The project masterminded by Spanish artists Octavi Serra and Mateu Targa in collaboration with Daniel Ilugany and Pau Garcia saw the team cast rubber silicone hands and pepper them around the city. In the reactionary art, the hands are seen outstretched with a sign saying ‘Help Spain’ -- another is seen at an ATM mocking a gun being pointed at head level whilst other versions of the hands are seen hanging on top of street payphones as if raiding them for loose change.

The street art is reflective of the deep recession that has gripped Europe over the last few years and is an interesting way for artists to convey the collective public consciousness in an evocative way.