Secret to Retro Beehive
Next
Set of
Related
Ideas 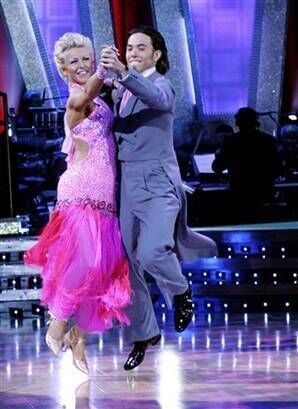 From Julianne Hough to Sarah Palin

Bianca — October 29, 2008 — Celebs
References: trendhunter
Share on Facebook Share on Twitter Share on LinkedIn Share on Pinterest
People are going crazy searching for last minute Halloween costume ideas this week. With the hype around Dancing with the Stars, don’t be surprised to see a few Julianne Hough look-alikes on the streets. Even more likely is that you’ll encounter numerous people that look like Sarah Palin—whether they’re in costume or not!

The inspirations featured here are incredibly of-the-moment, featuring Halloween costume ideas that are distinctly indicative of pop culture in 2008.

The gallery above includes images of Julianne Hough, a sexy Sarah Palin costume, Amy Winehouse, the Joker, Wonder Woman and a manga costume with anime makeup. For couples, Angelina Jolie and Brad Pitt, and Ellen Degeneres and Portia de Rossi make great costumes. If you’re in a group, you could go as pregnant Hollywood moms and the different sides of Britney Spears.

Below in the cluster are a few more ideas to keep you on the cutting edge of creative Halloween ideas! Heidi Klum’s Halloween party should be coming up soon too, so don’t forget to come back for costume inspiration from the A-listers!
6.2
Score
Popularity
Activity
Freshness
Get the 2023 Trend Report FREE

Yodeling Alp Girls to Promote Dairy
Heidi Klum in “Who's Got Milk?”