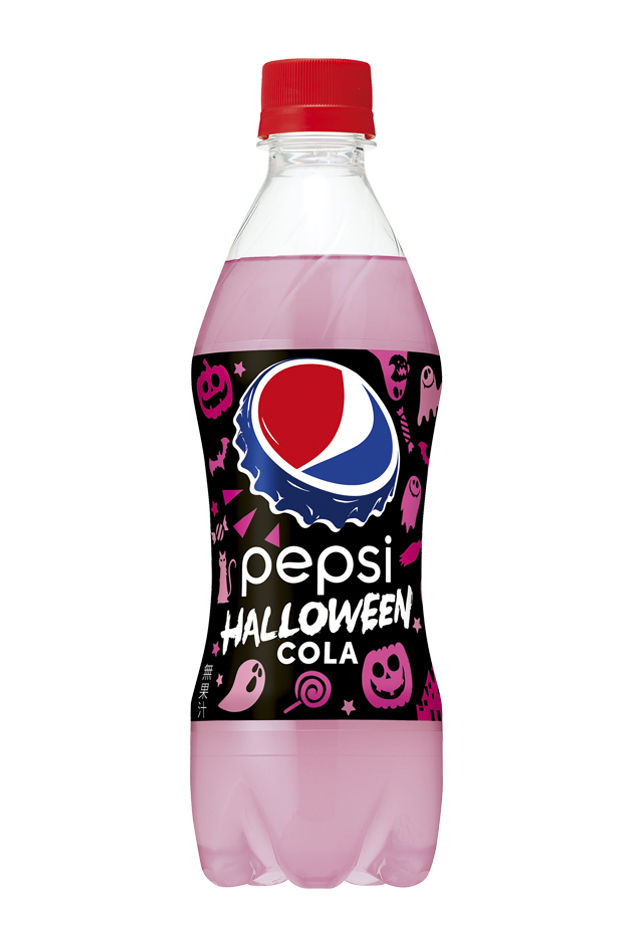 Laura McQuarrie — October 7, 2017 — Lifestyle
References: pepsi.co.jp & japantimes.co.jp
Share on Facebook Share on Twitter Share on LinkedIn Share on Pinterest
For the autumn season this year, Pepsi released a 'Halloween Cola' that boasts a bright pink color and a sweet flavor that has a secret flavor. The limited-edition soda was previously teased as having a top-secret flavor, but it is now coming about that the drink tastes of candy—specifically bubblegum.

This year, rather than simply branding their signature products with spooky colors and names, many brands are aiming to trick and treat consumers with mystery flavors. For Halloween, HI-CHEW released a Sweet and Sour Mystery Mix and the Wrigley Company unveiled Cauldron Skittles, both of which aim to surprise and delight during the season.

Previously, Pepsi released other seasonal varieties like Pepsi Ghost for Halloween, which was also introduced to consumers with a mystery flavor.
3.2
Score
Popularity
Activity
Freshness
Get Better and Faster