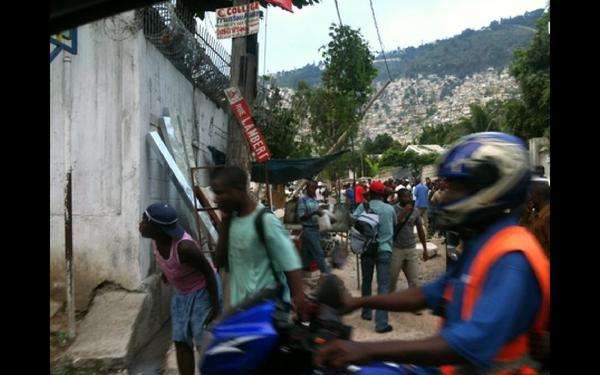 “Twitter was a key tool for distributing images and information from Haiti—just as it has been in a number of other crises across the globe. The Sydney Morning Herald reported that images sent via Twitpic and other Twitter-based photo services were hitting the Internet long before news agencies produced anything similar,” according to PC World.

TV and radio hosts in the Caribbean country were using Twitter as a resource for their stories, and Haiti earthquake pictures were making their way from Twitter feeds to the CNN news desk.

While Twitter can’t always be trusted as a credible source of news, in situations like breaking news, it is the fastest way to get unbiased, unfiltered, uncensored information and imagery, getting word out much faster than mainstream media could ever do.

The gallery above includes a few of the Haiti earthquake pictures currently found on the Twitpic accounts of Mr_Sak_Pase and 1080i60.
5.8
Score
Popularity
Activity
Freshness
Jeremy Gutsche Keynote Speaker