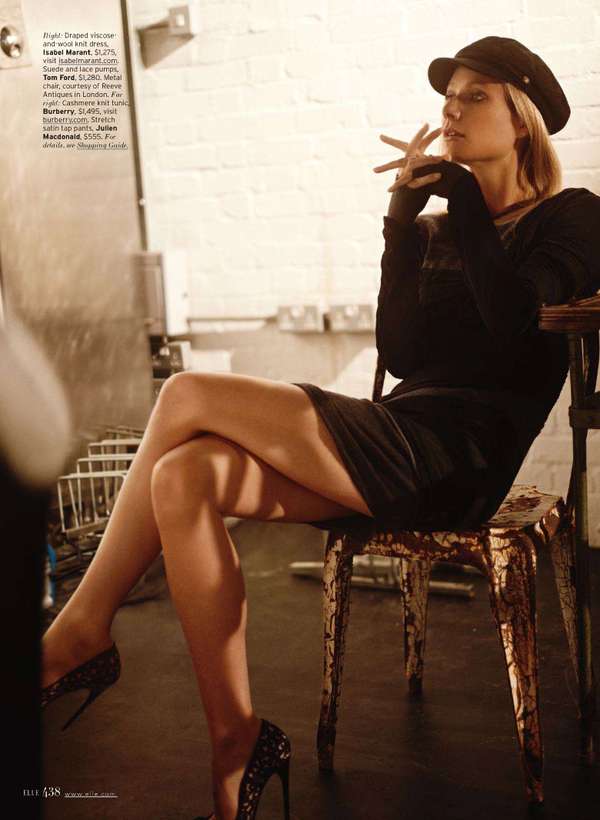 The Gwyneth Paltrow ELLE US September 2011 Issue is Hollywood Hot

The Gwyneth Paltrow ELLE US September 2011 editorial was shot by accomplished American photographer/director Carter Smith. And the two are a formidable duo -- in outfits from Tom Ford, Alexander Wang, Christopher Kane, and Isabel Marant, Paltrow is alternatively alluring, sweet, mysterious, and aloof, each shot displaying another aspect of the familiar actresses' range.

My favorite capture in the entire editorial features Paltrow seated on a high chair set against a black portrait backdrop, feet dangling, her red-bottomed heels on the floor. Paltrow's head is to the sky in a well-shot and wistful pose, her angelic face shining in a beautiful lighting contrast.