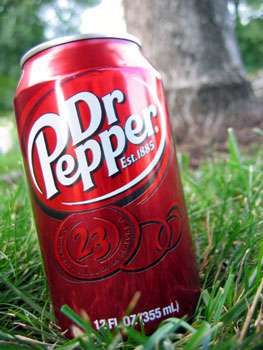 thischick — October 24, 2008 — Marketing
References: drpepper & nydailynews
Share on Facebook Share on Twitter Share on LinkedIn Share on Pinterest
Dr Pepper fans rejoice! The soda company made a promise earlier in the year to give a free 20-ounce bottle of soda to every American if the rock group Guns n’ Roses releases their highly-anticipated album ‘Chinese Democracy’ before the end of 2008.

The album is officially set to release in stores on November 23rd, 2008 and if every man, woman and child in the United States were to hold the soda company to its promise, that would be well over 300 million bottles given away for free.

Anyone who wants their free soda will have just 24 hours to make their request through the Dr Pepper website. A coupon will be sent in the mail that expires in February 2009.
1.3
Score
Popularity
Activity
Freshness
Get Better and Faster