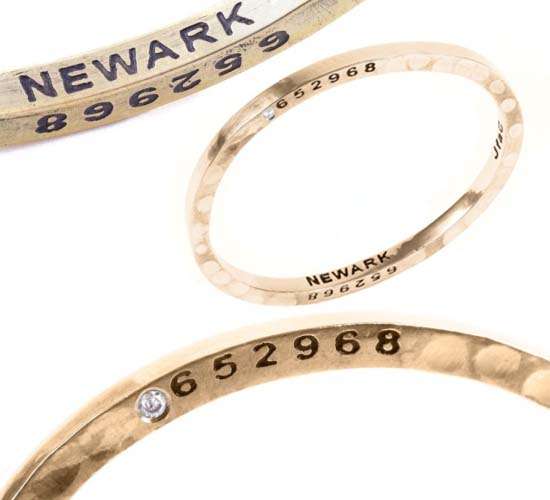 Ryan Fowler — April 3, 2013 — Fashion
References: bornrich
Share on Facebook Share on Twitter Share on LinkedIn Share on Pinterest
Newark, New Jersey has turned its gun buyback program into an interesting form of art, which portrays a positive message against gun violence in America. Jessica Mindich, a former lawyer from Greenwich, has become a designer who creates jewelry from the guns and ammunition handed in by New Jersey's buyback program, and has been using the 'Caliber Collection' as a fundraising tool.

This program was implemented to help decrease the overwhelming amount of gun violence present in America, a reward of $200 is given and there are no questions asked when someone turns a firearm into the local police. This program has been incredibly effective, as hundreds of firearms are turned in on an annual basis. Turning these weapons into jewelry takes a destructive weapon and turns it into a powerful symbol of renewal.