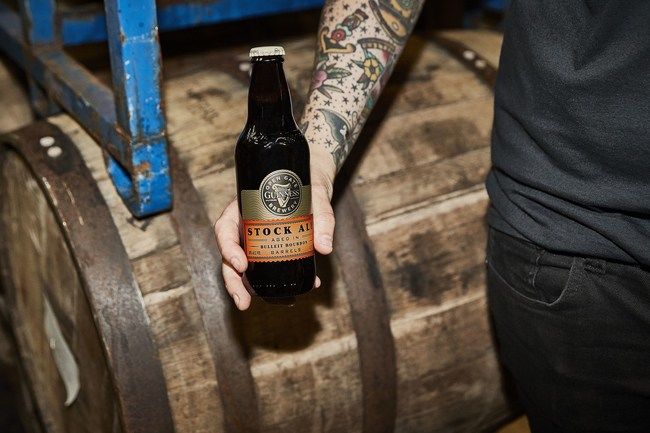 The Guinness Stock Ale was aged in Bulleit bourbon barrels to give the beer a unique and robust flavor profile. The full-bodied beer boasts hints of nutty chocolate, raisins, roasted barley, sweet dark fruit, vanilla, ripe berries, coffee, and stone fruit. "When you consider all of the flavors coming from the wood of the barrels thanks to Bulleit's subtle spice and oaky richness, there's a lot of powerful influences to take note of and process in the final beer. As we say, it's one to sip," said Senior Brewer at the Guinness Open Gate Brewery in Baltimore, Sean Brennan.

The new beer offers an ABV of 10% and is available to purchase in specialty beer stores in the United States in 4-packs of 11.2-ounce bottles for a suggested retail price of $19.99 USD.
3.3
Score
Popularity
Activity
Freshness
View Innovation Webinars