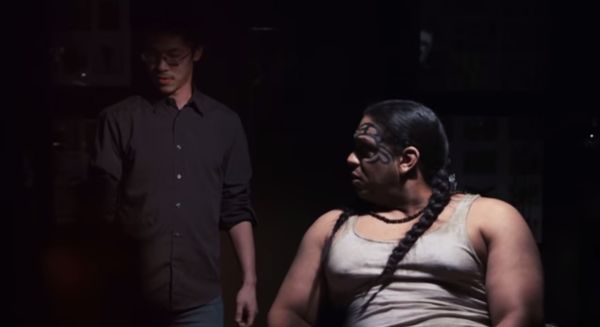 Heineken's 'The Guest of Honor' Production is Designed to Go Viral

Rahul Kalvapalle — May 14, 2014 — Marketing
References: heinekenusa & ft
Share on Facebook Share on Twitter Share on LinkedIn Share on Pinterest
'The Guest of Honor' is a digital video produced by Heineken as part of an innovative, immersive social marketing scheme. The Dutch beer brand hosted a single-night production at a Manhattan hotel where unsuspecting guests were invited to a play thinking they would be mere attendees, but were unexpectedly made the stars of the show.

Guests were immersed in a variety of strange situations, including having to tell jokes in a comedy club, giving a tattoo to an intimidating hulking brute and auditioning for a Bollywood shoot. The variety of weird and daring scenes were captured on camera and incorporated into the 'The Guest of Honor' video, which has 7.5 million views and counting.

The innovative immersive social marketing campaign is part of Heineken's 'Legends' campaign, which revolves around the theme that every Heineken drinker has a legendary side which emerges when they're placed in unusual situations.
5.1
Score
Popularity
Activity
Freshness
Get Better and Faster