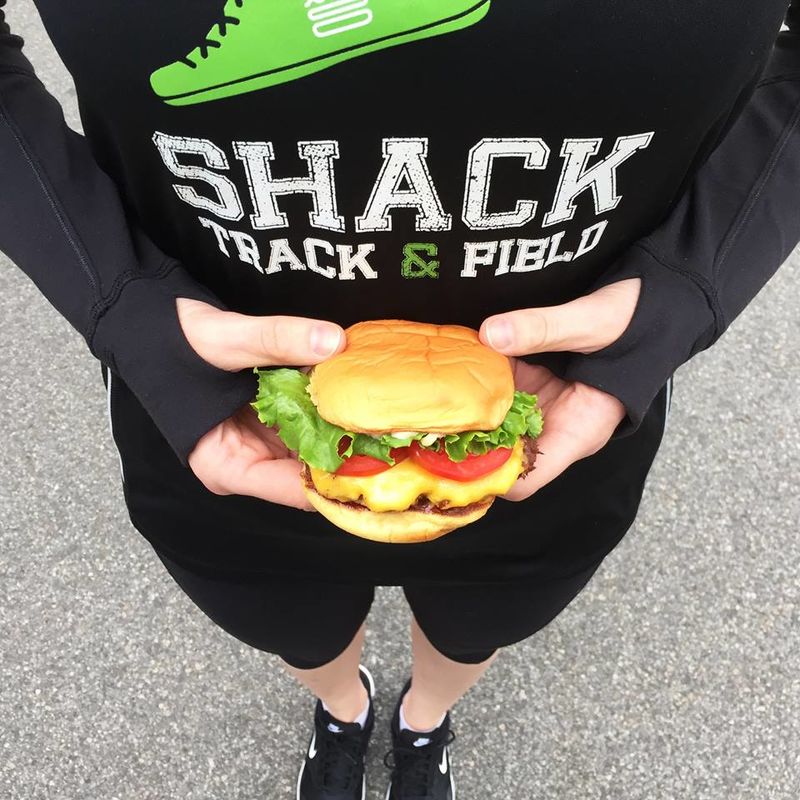 Laura McQuarrie — December 24, 2016 — Marketing
References: facebook & refinery29
Share on Facebook Share on Twitter Share on LinkedIn Share on Pinterest
'Shack, Track, & Field' is a group run with a unique premise from NYC-based fast casual restaurant Shake Shack. The food- and fitness-themed run includes a three-and-a-half mile run, followed by treats like burgers, shakes, and a complimentary beer. Runners who show up for the event are encouraged with a variety of fun signs that say punny things like "Run your buns off" and "You're so fast, you're Fry-ing."

For those looking to kick off their New Year's fitness goals right with a group run, the Shack, Track, & Field will be offering a series of events in 2017, starting in early January.

While burgers and fries are not the healthiest food items out there, an event like this reminds people that health and well-being is largely about striving for balanced lifestyle decisions.
0.5
Score
Popularity
Activity
Freshness
View Innovation Webinars