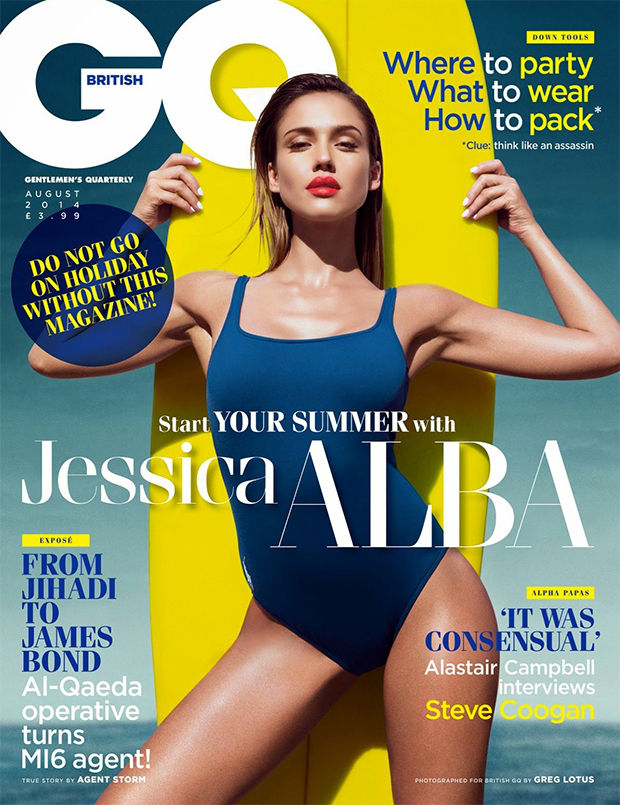 Meghan Young — July 11, 2014 — Fashion
References: gq-magazine & fashiongonerogue
The GQ UK August 2014 cover shoot most likely visualizes a fantasy many Generation X and millennial males have had since the 90s. Having starred in the television show 'Flipper' for three years and moving on to other watery adventures including 'Into the Blue,' envisioning American actress Jessica Alba as a lifeguard is not so far-fetched.

Shot by photographer Greg Lotus, the GQ UK August 2014 cover shoot is as glamorous as it is hot. Clad in full swimsuits that are complemented with red lips and slicked back hair, the looks have a vintage appeal to them. In the accompanying article, Alba says, “I have to enhance what I like about my body and my stomach is good. My legs I’m not as excited about all the time, but I wouldn’t cover up my stomach. That’s what women do. Enhance what we’ve got.”
2.5
Score
Popularity
Activity
Freshness