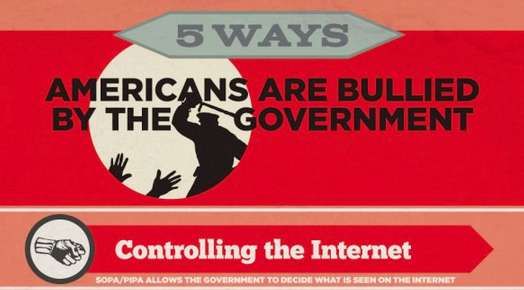 This Government Infographic is All About Justice

The entire premise of this government infographic goes against the grain of popular American philosophy. America has long championed open, transparent and democratically elected governments who value their citizens opinions. This infographic presents the government as a covert, controlling entity who imprisons those who rise up against it. It will be for you to decide which narrative you believe.