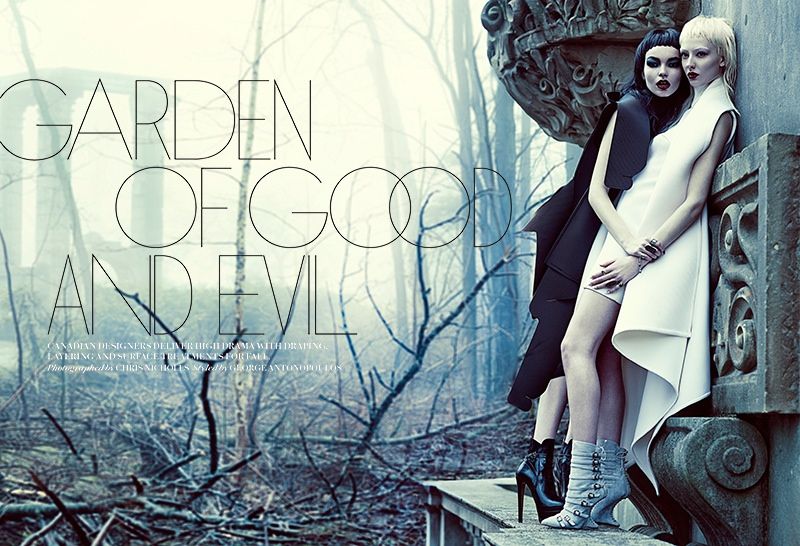 Meghan Young — July 18, 2014 — Fashion
References: fashionmagazine & fashiongonerogue
This gothic twin editorial seems to embrace the idea of yin and yang by the looks of its stars. While one is dark, the other is light to balance the photoshoot out. Yet that is not to say there is a warm brought into predominantly cold scenes. As though embracing the upcoming fall season, the gothic twin editorial is shot on a grey day outside of an eerie estate.

Showcasing black and white ensembles, the gothic twin editorial is set to appear in the August 2014 issue of FASHION Magazine. It is appropriately titled, 'Garden of Good and Evil.' Shot by photographer Chris Nicholls, it stars models Meagan Callen and Gaby. They were both styled in a monochromatic wardrobe by George Antonopoulos. The looks were perfected by hairstylist Justin German and makeup artist Simone Otis.
5.2
Score
Popularity
Activity
Freshness