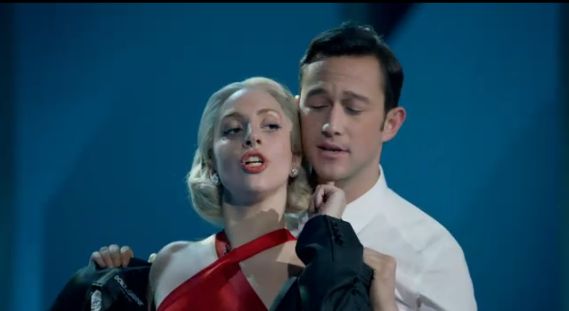 Angela Rajic — December 9, 2013 — Pop Culture
References: huffingtonpost
Share on Facebook Share on Twitter Share on LinkedIn Share on Pinterest
Christmas is around the corner and the Muppets celebrated the coming season early and with flair -- and with a Lady Gaga Joseph Gordon-Levitt duet.  While co-hosting a holiday special with the Muppets, the pop queen took the stage to sing a sultry duet with Joseph Gordon-Levitt. Bedecked in fashionable 50s formal wear, the duo sang the catchy and flirty ‘Baby it’s Cold Outside’ about a couple teasing each other romantically after a date on a chilly winter evening. The song has been recorded countless times by many singers over the years, but this version is for the 21st century.

The Gaga and Gordon-Levitt duet was light, fun and brimming with chemistry as they danced around and with each other, and lounged on a couch on stage. One of the more innovative twists to the number -- one which is becoming more popular with time -- was the choice to reverse the roles, having lady Gaga sing the man’s lines,while Gordon-Levitt took the woman’s lines. This gives the song a fun new zest by making the woman the alpha dog in this game of flirting and teasing.