Google will Organize Your Life 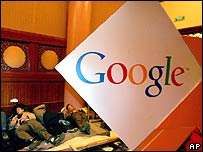 The system is reportedly very intuitive. For example, a user might type "lunch on Sunday 12pm" into an email, and the calendar will automatically be updated.

Google is fighting off tough competition from rivals Yahoo and Microsoft and seeking new ways to offer value to its users. Yahoo, which has offered an online calendar since 1998, immediately responded by saying it would enhance its own service in the coming months.

It will be interesting to see what other applications and innovations these rivals will offer in their bid to out-do one another.
2.8
Score
Popularity
Activity
Freshness
Get Better and Faster