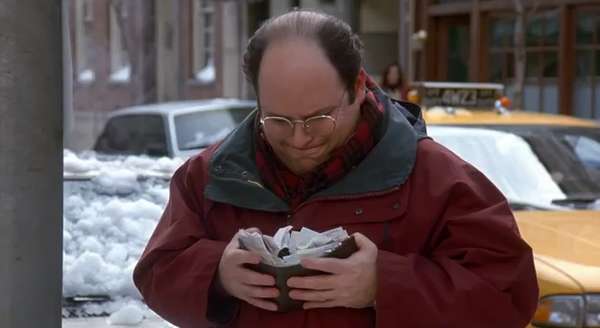 Starting off with the classic sitcoms theme music, the video involves one of Seinfeld’s lead characters spotting a flyer; a scene taken straight from the show. Instead of the guitar lesson advertisement featured in the original, George is shown checking out a Google Wallet placard instead. Obviously interested, he plucks a piece of the ad and attempts to stuff it in his overflowing wallet which promptly explodes.

The ad is a teaser that perfectly proves George Costanza is the best customer candidate in dire need of Google Wallet services. By referencing a memorable sitcom scene, the clip is a super smart way to combine comedy and consumerism.
1.4
Score
Popularity
Activity
Freshness