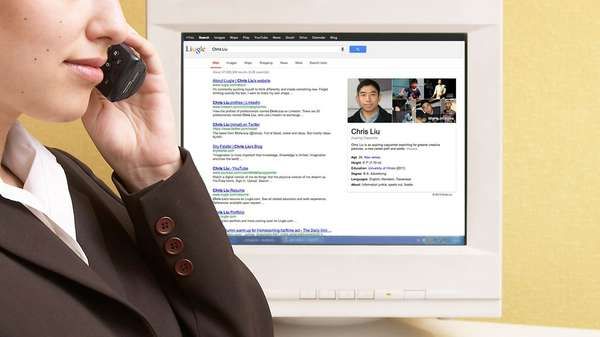 Jen Chae — August 5, 2013 — Lifestyle
References: liugle & mashable
Share on Facebook Share on Twitter Share on LinkedIn Share on Pinterest
Job applicants are becoming evermore creative and thinking outside the box, as apparent by this Google resume. Created by an aspiring writer named Chris Liu, the Google resume is a website that looks exactly like a Google search result page. The page contains everything about Liu, hyperlinking to his accomplishments, social media outlets and references. The online CV even has an introductory box with Liu's name and basic information, mimicking the quick result box that shows up on Google.

This online profile is definitely one of the most interactive resume, engaging employers in a unique way. Many social media outlets like LinkedIn, Facebook, Twitter and even Vine have been used as platforms for sharing career aspirations. But this is the first time someone has incorporated the visual concept of a Google search page into a CV.

Being head-hunted by an employer is pretty much the same thing as being searched on Google, which is why this idea is clever and relevant. Plus, everyone is familiar with the world's most prevalent Internet search engine.
3.6
Score
Popularity
Activity
Freshness
Get the 2021 Trend Report FREE