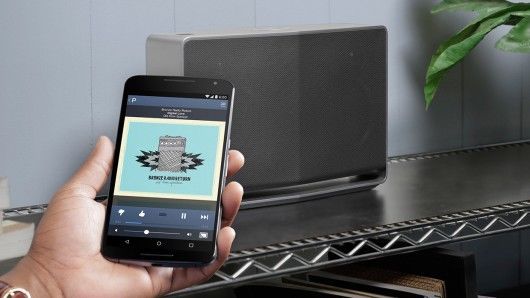 Rahul Kalvapalle — January 8, 2015 — Tech
References: google & gizmag
Share on Facebook Share on Twitter Share on LinkedIn Share on Pinterest
Google Cast for audio is a new venture that will allow users of Google's Cast technology to wirelessly stream audio to compatible speakers. The technology, on which Chromecast is based, will also give users the ability to monitor and control their speakers via a mobile device or computer.

What separates Google Cast from competitors is the fact that it will work with a wider array of speakers and audio services. Initially, Google Cast for audio will only work with Google Play Music, Pandora, Rdio, TuneIn Radio, iHeartRadio, NPR One, Deezer and a handful of services; however more services will be added going forward.

The first speakers compatible with Google Cast are set to go for sale in the USA in the first half of 2015, with Sony and LG among the slated manufacturers.
0.6
Score
Popularity
Activity
Freshness
Get Better and Faster