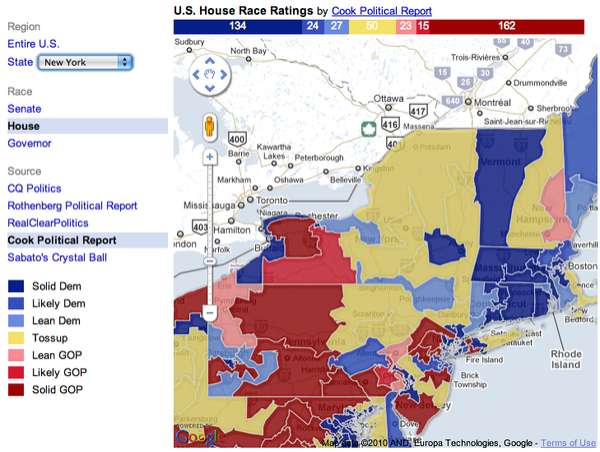 Marissa Brassfield — November 1, 2010 — Tech
References: maps.google & fastcompany
The midterm elections are just around the corner, and the Google 2010 US Election Ratings Map uses polls from several top political sources to predict the outcome. The map lets you drill down by source, state and race; alternatively, you can view the whole country's results at once.

See some screencaps from Google's map above, and read Google's introduction to the ratings map below. How accurate do you think this map will be?

Implications - With the power balance between both the Republican and Democrat parties being called into question, you can bet that people everywhere are interested in the upcoming November 2nd elections. This interactive voter map gives viewers the opportunity to check out some of the top political figures in the running.
2.5
Score
Popularity
Activity
Freshness