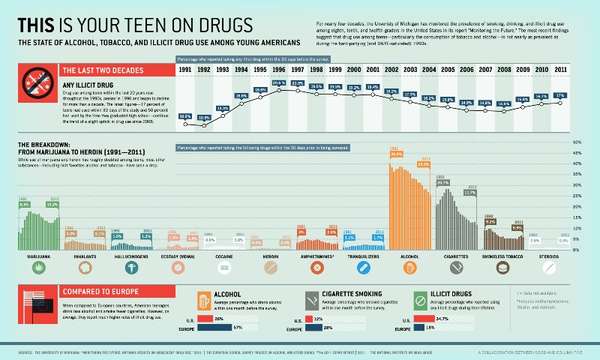 The GOOD and Column Five Chart Looks at American Narcotics

While it seems that the use of marijuana has drastically increased since the 1990s, other forms of illicit drug use has slightly decreased. For example, ecstasy, hallucinogens and inhalants have gone down in terms of usage while other drugs such as cocaine and tranquilizers have remained the same.

These are important statistics to be aware of, as more preventative measures can be taken to help steer teenagers away from health-deterring drugs.
3.4
Score
Popularity
Activity
Freshness
Get Trend Hunter Dashboard