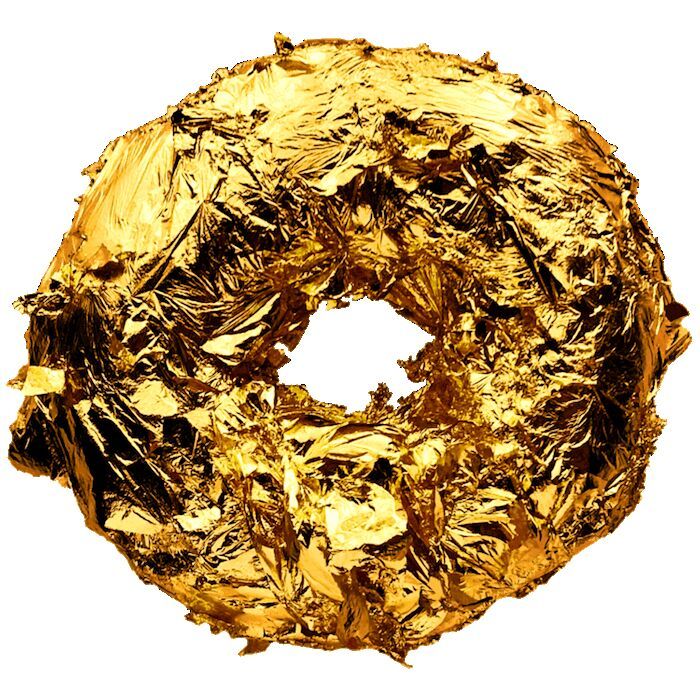 Justin Lam — February 14, 2018 — Lifestyle
References: clubgoldaus & thedrinksbusiness
Share on Facebook Share on Twitter Share on LinkedIn Share on Pinterest
A Cristal champagne-infused 24-karat gold donut has been released just in time for Valentine's Day. The luxury donut will be exclusively released in the Adelaide metropolitan area of South Australia, with only 100 donuts being released to the public. The donut comes from the minds behind Club Gold, and is set to be released on Valentine's Day 2018. The donuts will sell for $100 each, $500 for six or $1,000 for a dozen. Those who purchase a dozen will have their donuts hand-delivered by a Club Gold Team Member.

Buyers can further the extravagance of this donut by choosing to have a song played to it while it bakes. Customers can pick between a variety of gold-inspired tracks, including Gold Digger by Kanye West, Gold by Chet Faker and Gold Dust Woman by Fleetwood Mac. According to Club Gold; "Customizing the song that is played while the doughnut is baked is a fun way for customers to add a personal touch during the purchasing process."