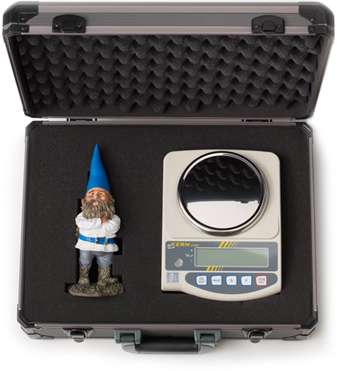 The Gnome Experiment is Testing Gravity and Going Viral

Sarah Robson — May 21, 2012 — Tech
References: gnomeexperiment & neatorama
Share on Facebook Share on Twitter Share on LinkedIn Share on Pinterest
The Gnome Experiment is going viral as it makes its way across the globe. This German company Kern & Sohn GmbH has created an experiment to see how gravity is measured in different parts of the world by sending garden gnomes to various different spots and testing their weight in each. On its website, the company has a map of the globe, and the areas with bigger pins are the locations where heavier results have been found.

This viral marketing project is asking for volunteers in various areas to sign up to weigh the gnome in your specific location. If you do not want to be as actively involved in the project,, you can follow the gnome through the gnome diary, which is its Tumblr account. Word is spreading fast about this project due to its whimsical gnome with the exaggerated blue hat that is used as the test subject.