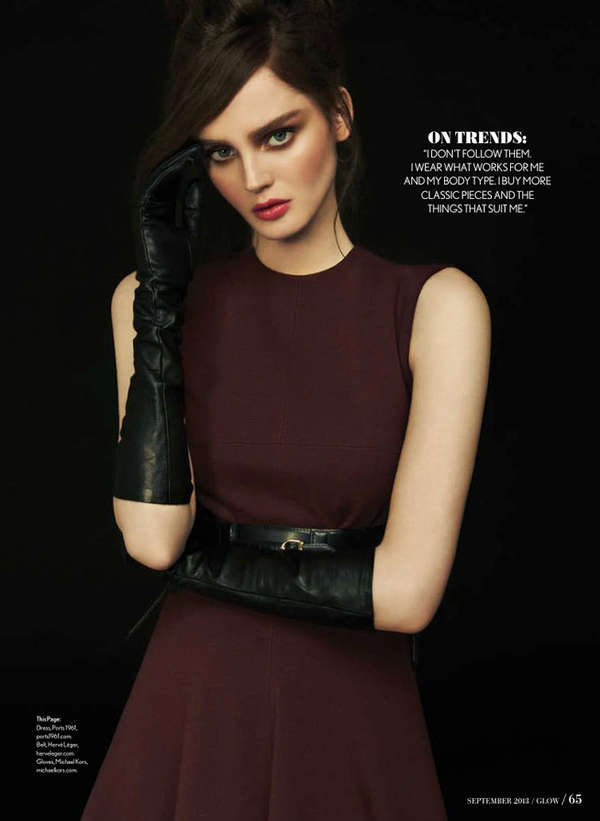 Meghan Young — August 8, 2013 — Fashion
References: glow & fashiongonerogue
Share on Facebook Share on Twitter Share on LinkedIn Share on Pinterest
The Glow 'Learning Curve' editorial is interestingly titled. In a way, it appears to address the article accompanying the photoshoot more than the photoshoot itself, which is not that common. Model Lisa Cant talks about her new role as a mother as well as her outlook on life, all of which have changed since she was first introduced to the industry.

Complementing this change is a sleek, sophisticated and dark wardrobe that has a very mature element about it. Appearing in the September 2013 issue of the Canadian magazine, the Glow 'Learning Curve' editorial was shot by photographer Arkan Zakahrov with art direction by Daniel MacKinnon. The edgy looks were put together by stylist Juliana Schiavinatto, who pulled dark pieces from the likes of Jason Wu, Ports 1961 and Herve Leger.
4
Score
Popularity
Activity
Freshness
Attend Future Festival