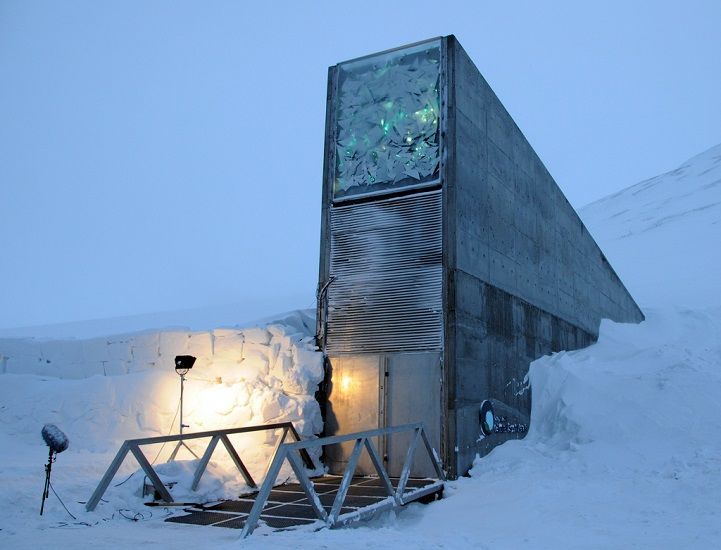 Meghan Young — March 31, 2016 — Eco
References: regjeringen.no & mymodernmet
Share on Facebook Share on Twitter Share on LinkedIn Share on Pinterest
The Svalbard Global Seed Vault is like Noah's Ark, but for vegetation. It is a futuristic facility that houses over 850,000 seed copies from all over the world in the scary event of a global catastrophe. My Modern Met writes, "Managed by the Norwegian government, the Global Crop Diversity Trust (GCDT), and the Nordic Genetic Resource Center, the project has been funded primarily by the Bill & Melinda Gates Foundation."

Such an admirable endeavor doesn't seem so surprising when attached to the name of the Gates family. Remotely located in the Arctic Svalbard archipelago, the Svalbard Global Seed Vault hopes to secure food crops in the future. Of course, My Modern Met extended its original post in order to address the fact that even this safeguard may not be enough and people should still protect today's crops.
2.9
Score
Popularity
Activity
Freshness
Access Advisory Services