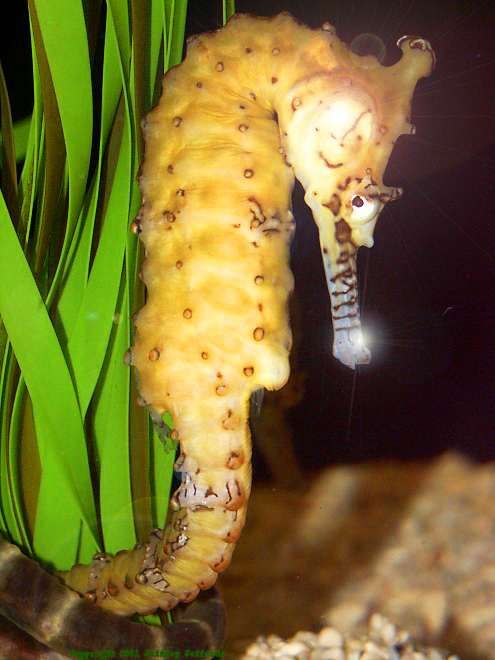 Bianca — January 4, 2008 — Unique
References: english.vietnamnet.vn
Share on Facebook Share on Twitter Share on LinkedIn Share on Pinterest
It wasn't enough to have luxurious objects, diamond-encrusted and golden everything. For those who could afford it, the mainstream luxury trend got old, very fast. The Vietnamese market found a way to bring it back to life, however, and I mean that very literally.

Vietnam's first genetically engineered animals are 108 living seahorses made of gold. At their current age of under two week, the striped, glittering seahorses are still only about the size of matchsticks, but as they grow older, so will their value. They may still be tiny, but are well worth their weight in gold.

"Gene GFP, a light-emitting gene extracted from jellyfish, was combined with tiny grains of gold. Then these grains of gold were injected into sea horse egg cells. The gold mixed with the jellyfish genes was incorporated into the cells of the sea horses, which glittered when they came into being," the school's head of animal physiology said.

They plan on testing these procedure on other animals now that the seahorse experiment has been successful. These glittering animals could really take off; the demand for gold, luxury and sparkles in rising, just as much as the demand for the unique. This covers just about all bases!