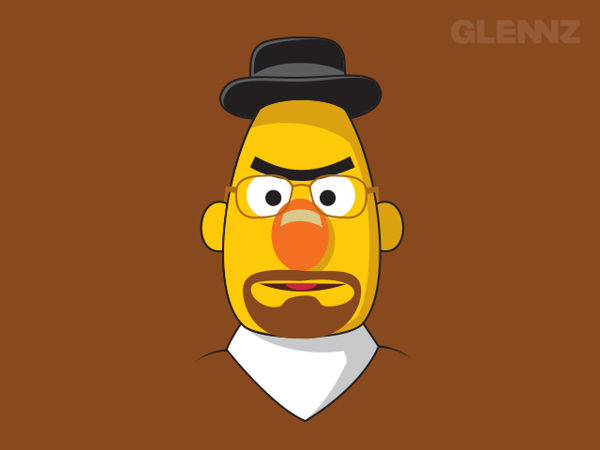 The Glennz Tees 2013 Concepts Give a Twist to Pop Culture

Akihiko Tse — September 20, 2013 — Pop Culture
References: store.glennz & behance.net
Share on Facebook Share on Twitter Share on LinkedIn Share on Pinterest
A new collection of concept shirt designs for the Glennz Tees Jul-Dec 2013 line by New Zealand-based freelance graphic designer and illustrator Glenn Jones are clever as they are fun and comical. The new line of t-shirts by Jones, who has worked for over 20 years in design packaging and illustrating, infuses different elements of pop culture together with comic book styles and caricature, such as the hybrid of Sesame Street character Bert with the notorious school teacher-turned-drug-dealer Heisenberg to create ‘Heisenbert.’

Other t-shirt designs by Jones include a torch with an image of the character Flash’s face placed at the light head, titled ‘Flashlight,’ while other images include that of a Swiss army knife extending into a sword and another titled ‘When Wind Dancers Turn Bad,’ which shows one wielding a chain saw near a person. Jones has invited viewers to vote for their favorite concept t-shirt designs at his website store.glennz.com.