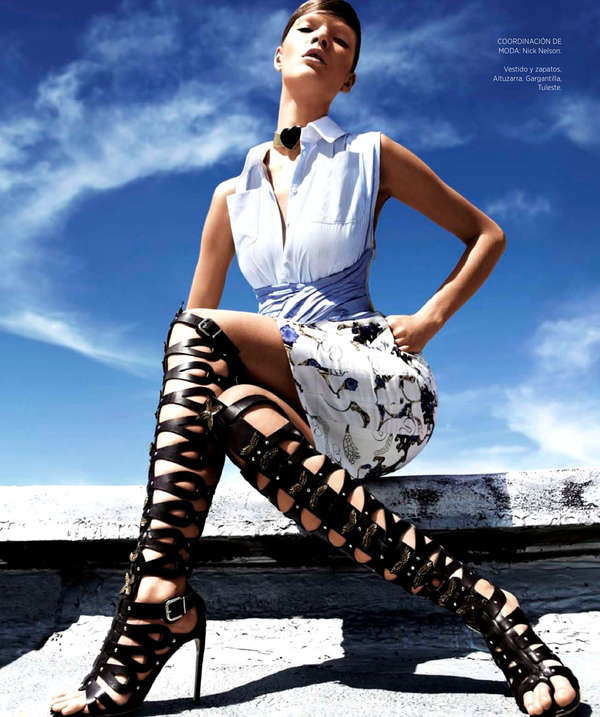 Anastasia Kolganova Takes a Fighting Stance for Harper’s B

Each of the ensembles featured throughout the editorial demonstrates a direct gladiator influence, from the loincloth-like skirts to the strappy sandals. One of the most striking pieces in the photo shoot is a pair of heeled sandals that looks exactly like a Roman gladiator’s, but with a modern twist. The sandals’ heels are stilettos, instead of remaining flat, and their straps extend all the way up past the knees. This gives Kolganova’s legs a long appearance, complementing her tall frame and making her appear strong and fearsome.

Photographer Frederic Pinet does a wonderful job of photographing Kolganova from low angles, giving her an inhumanly tall quality which complements the short designs of her outfits.

With this new editorial, Harper’s Bazaar Mexico has demonstrated that even ancient fashion designs have a place on modern-day runways; gladiators and their fearless natures and troubled histories will live on through these striking styles.
2.9
Score
Popularity
Activity
Freshness
Get Trend Hunter Dashboard