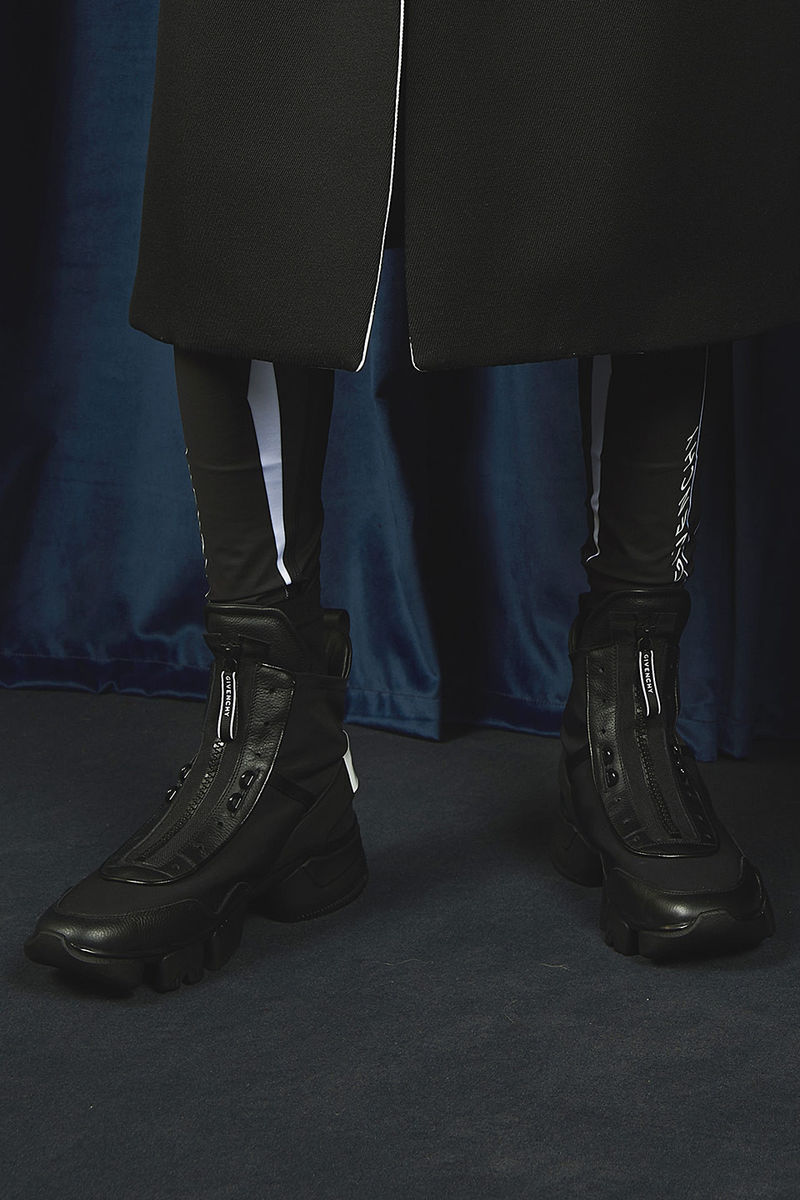 Amy Duong — March 12, 2018 — Luxury
References: givenchy & highsnobiety
The Givenchy JAW is the luxury label's latest shoe project and it draws a direct inspiration from the iconic 1975 JAWS movie. The name of the shoes indicate a clear reference to its influence, recalling the film that surrounded the concept of a terrorizing shark. The Givenchy JAW's outsole details resemble the look of a jaw with teeth, which is what initiated designer Claire Waight Keller to recall the movie.

The all-black shoe's upper boasts a high-top design that is wrapped around the ankles and crafted from a blend of leather and fabric materials. Across the front, there are zipper closures with a branded zipper tab in white accents. The same branded detail is also found on the heel tab. The Givenchy JAW silhouette rests on a chunky and split midsole foundation. The shoes are expected to be released in July this year, priced at just over $1,000.
4
Score
Popularity
Activity
Freshness