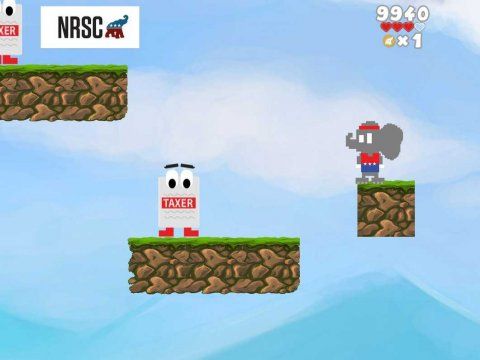 The Republicans Made a Video Game Starring Giopi the Elephant

Called Mission Majority, the object of the browser-game is to help Giopi collect every golden key in order to advance to the next level and eventually unlock the Senate for the Republicans. However, stopping you from achieving your goal are the job-destroying Taxers, which you'll need to avoid or jump on top of to "suppress their high taxes." In order to begin helping Giopi in his quest, you need to provide your e-mail, Google or Facebook information; leading many to conclude that the Mission Majority game is just a pretext for the NRSC to get valuable contact information.

With President Obama's reelection team having used video games in the past, it would appear that video games are being viewed as a viable campaign tool to reach younger voters.
1
Score
Popularity
Activity
Freshness