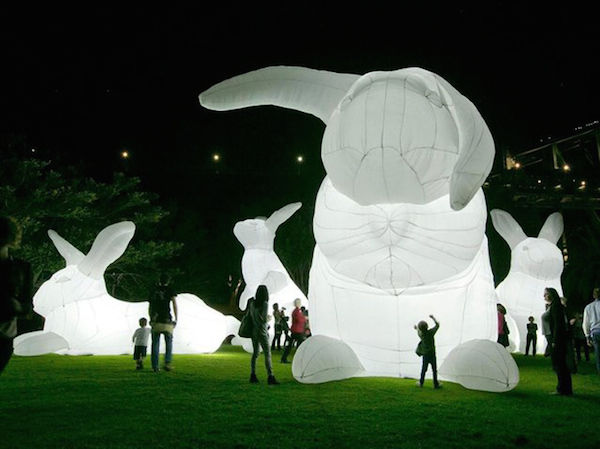 Meghan Young — January 5, 2015 — Art & Design
References: amandaparer.au & designtaxi
Share on Facebook Share on Twitter Share on LinkedIn Share on Pinterest
The sight of giant white rabbits, glowing ones at that, is like something straight out of a children's book. But people don't have to use their imaginations if they are in London. Part of the Southbank Centre’s Winter Festival, these illuminating blow-up sculptures bring an endearing quality to the event, which is running until January 11, 2015.

Created by Australian artist Amanda Parer, who originally debuted them at the “Vivid Sydney” festival, the giant white rabbits make up an installation known as Intrude. According to her, they are meant to "explore the natural world, its fragility and our role within it." Granted, people are invited to interpret them in any way they choose. They are as majestic as they are adorable.
6.2
Score
Popularity
Activity
Freshness
Jeremy Gutsche Keynote Speaker