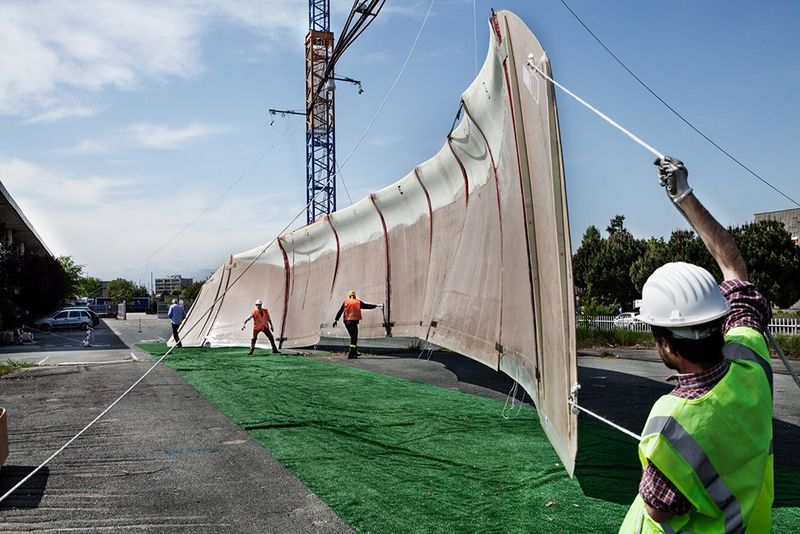 Katherine Pendrill — June 10, 2015 — Eco
References: kitegen & mashable
Share on Facebook Share on Twitter Share on LinkedIn Share on Pinterest
While giant kites may not seem like the most likely source of wind power, the research team at 'KiteGen' believes this kind of renewable technology could be the way of the future. The team notes that jet wind streams are still a largely unexplored source of wind power and they are hoping to use kites as a means of harnessing this clean source of energy.

KiteGen technology works by transforming the kinetic energy of tropospheric winds into electricity through a series of giant kites and powerful energy conversion devices. The kites used in this process are specially engineered from durable polymeric stripes and they may be up to 3,300 feet in length. Each kite features important avionic sensors that help to determine the optimal angle for capturing the greatest amount of wind.

While wind power may not seem like the most powerful source of energy, KiteGen explains that its giant kites can actually produce three times the amount of energy as a traditional wind turbine. Even more impressive, a KiteGen machine is significantly lighter than a 20,000 ton wind turbine, as the kite-powered units weigh only around 20 tons total.
6.1
Score
Popularity
Activity
Freshness
Attend Future Festival Virtual