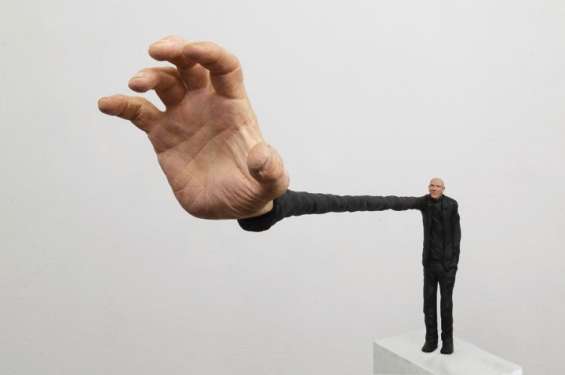 Meghan Young — May 16, 2013 — Art & Design
References: gerardofeldstein.ar & beautifuldecay
The work of Gerardo Feldstein, an artist hailing from Buenos Aires, Argentina, is largely comprised of sculptures that exaggerate the human form. Of course, he does dabble with anthropomorphism from time to time as well. Yet whatever he chooses to work with at the time, Gerardo Feldstein delights his audience with a humor that plays with people's day-to-day perceptions.

From amplified limbs to bizarre hybrids, Gerardo Feldstein deals in the world of absurd realism. Whether they are set in a bright white gallery space or placed outdoors to interact with their surroundings, the sculptures are immensely playful. More than that, as noted by Beautiful Decay, "Some of his mixed media sculptures emit a vulnerability that, though expressed through this absurd medium, feels relatable and almost empathetic." Be sure to catch one of his shows.
5.1
Score
Popularity
Activity
Freshness