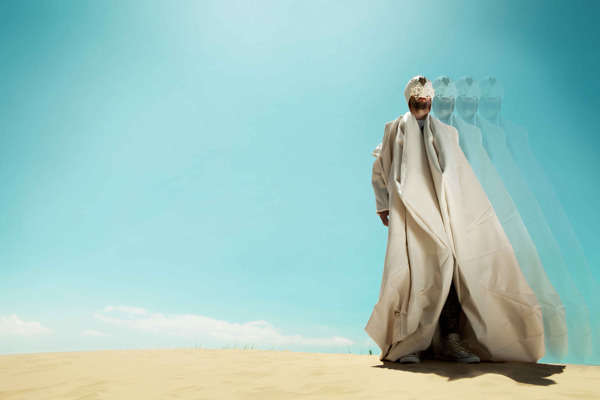 Meghan Young — January 16, 2013 — Fashion
References: behance.net & trendland
Share on Facebook Share on Twitter Share on LinkedIn Share on Pinterest
The Geometric Desert photo series will make viewers feel as though they have just spent the day under a sweltering sun. As though succumbing to hallucinations, a man appears like a mirage on the horizon. Blurred around the edges, he poses strongly against the blue skies and white sands of the striking location.

Featuring the fashion of Brazil-based designer Marcos Paulo Piccoli, the Geometric Desert photo series further blurs the line between fantasy and reality by adding a futuristic edge by way of the clothing. With a shaman-like aesthetic, the outfits are bright white and billowing. Nevertheless, there are structured elements in the form of spiked jackets, gold jewelry and bold headpieces that add the geometric qualities cited in the title of the photo series, Geometric Desert.
3.9
Score
Popularity
Activity
Freshness
Jeremy Gutsche Keynote Speaker