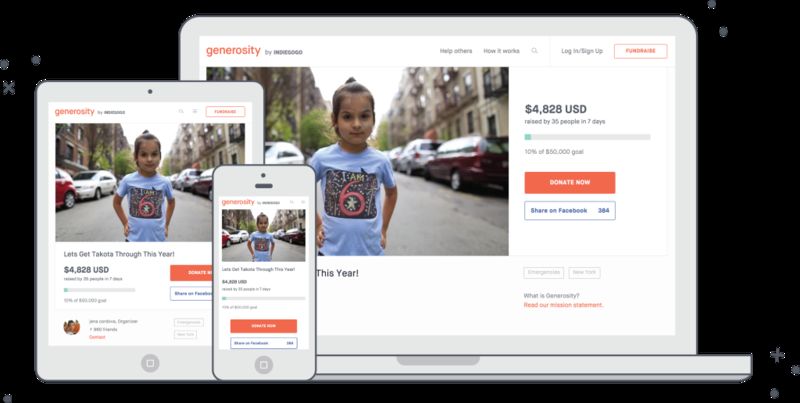 The projects that are live on Indigogo Life will be seamlessly transitioned to Generosity. Users and backers will see a similar layout and user-friendly interface. The platform is open to all nonprofits and has partnered with numerous organizations like, 'Positive Planet,' for Syrian refugees and The Leukemia and Lymphoma Society.

Although immensely popular, Indiegogo has faced competition from Kickstarter, which essentially offers the same service. Generosity however, is solely focused on charitable causes, which is something that can further differentiate Indiegogo from its competition.
4.7
Score
Popularity
Activity
Freshness