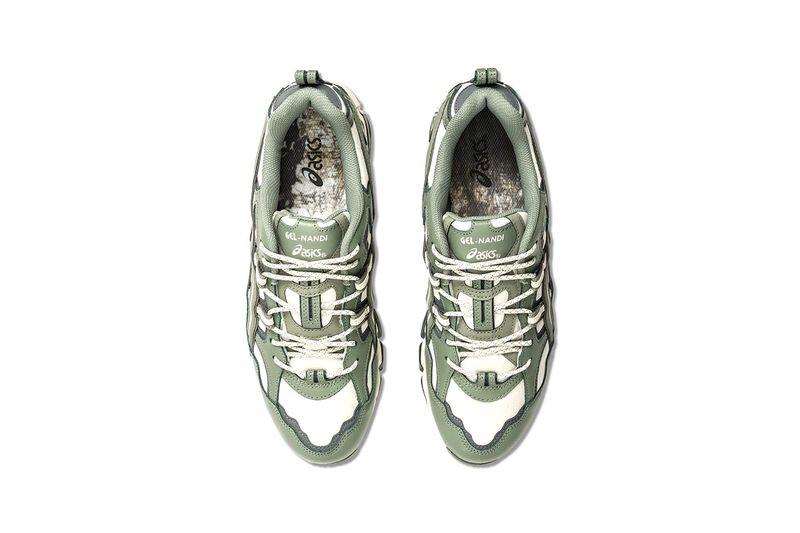 Amy Duong — March 23, 2020 — Fashion
References: hbx & hypebeast
Footwear brand ASICS introduces its GEL-Nandi 360 sneaker model in a new earthy colorway -- it is entitled 'Tree Camo.' The uppers boast a construction of blended materials including gray, cream, and khaki, all of which sits on top of a full-length GEL sole unit foundation.

This is comparable to a chunky-treaded outsole to make the model more tactical and functional. This component gives the retro design a sense of contemporary sensibilities at the uppers. The silhouette is somewhat reminiscent of a hiking shoe due to its rope laces detailed with speckled accents and multiple eyelets. The Tree Camo colorway showcases cream at the base in ripstop nylon materials, khaki in leather accents and branding at the uppers, and gray leather for shadowing accents.