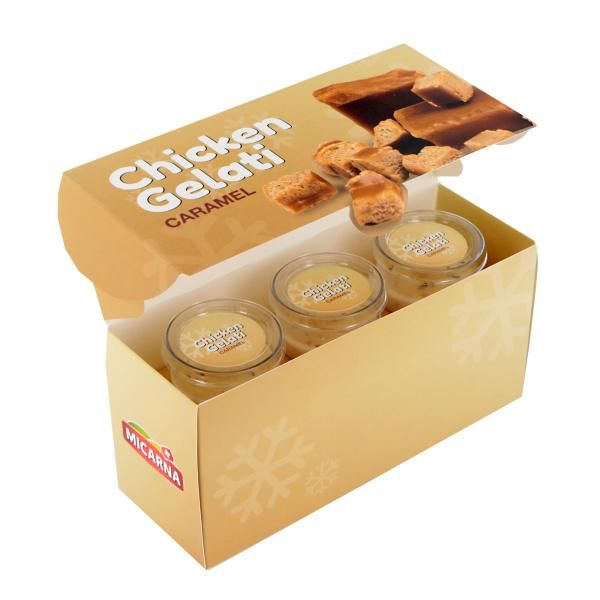 This Chicken-Based Gelato Flavor Functions as an Aperitif

Laura McQuarrie — February 13, 2016 — Lifestyle
References: micarna.ch & neuheiten.koelnmesse.net
Micarna is a meat producer from Switzerland that is now trying its hand at the world of desserts with an unconventional gelato flavor.

The brand recently unveiled its 'Chicken Gelati,' a hybrid snack that fuses Swiss chicken-based ice cream with infusions like Curry with Pineapple, Caramel and Tarragon. As far as the ratios at play, the Chicken Gelati is made up of about 20% ground chicken and 80% gelato mix.

The unusual gelato desserts are sold frozen in packs that include three single-serving plastic parfait-style containers. While items like gelato and ice cream are associated with desserts and chicken is often linked to lunch or dinner, this inventive item is actually meant to be consumed as an aperitif. As unconventional as the food item may seem, it's now becoming quite common to see unexpected combinations of sweet and savory flavors in the food and beverage industry.
2.1
Score
Popularity
Activity
Freshness