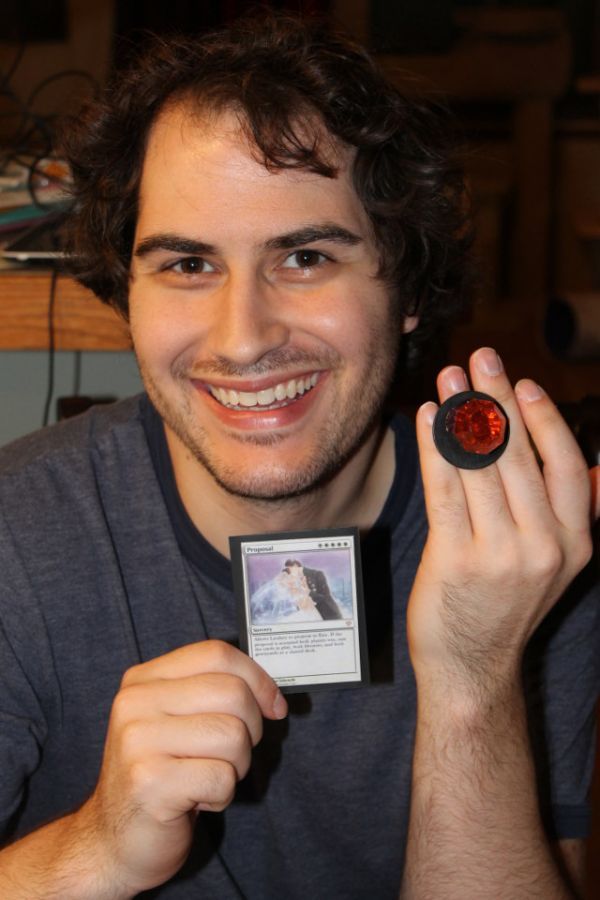 Meghan Young — September 29, 2014 — Lifestyle
References: geekologie & neatorama
Although this may be most easily categorized as a geeky wedding proposal, the fact that it was created by the woman and not the man should be taken into account as well. A bold move by Lindsay Loree, the geeky wedding proposal revolved around the trading card game, Magic: The Gathering. She created her own custom card dubbed 'Proposal' and slipped it into the deck so that she could gain the power to propose to her boyfriend, Eric.

Making the geeky proposal official with a ring pop, it was a success. Of course, Eric still has his own two cents to put in, "Now, there was a little cheating on her part. I Time Spiraled the card back into her library and while I was shuffling she dropped it in her lap to make sure it was in her next hand. But I suppose that can be forgiven given the circumstances."
2.4
Score
Popularity
Activity
Freshness