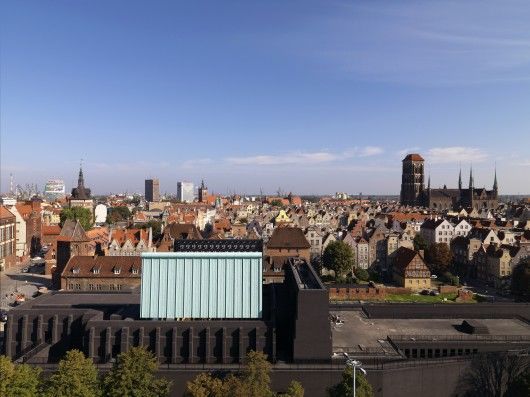 The theater reflects back historical and political realities of Gdansk in its location, the spot of a seventeenth century Elizabethan theater, while the design for this new theater was approved the same year Poland joined the European Union, making it an important opportunity to restate their reputation to the world.

Separated into three functional parts, the Gdansk Shakespearean Theater is made up of the outer walkway surrounding the building, the administrative area and the theater itself, while the roof also opens up.

The Gdansk Shakespearean Theater also includes a "fourth stage," which looks up at the sky, and was built by construction company N.D.I.
3.6
Score
Popularity
Activity
Freshness
View Innovation Webinars