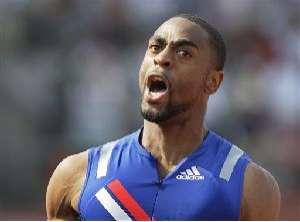 Tyson Gay ran the 100 meters faster than any human ever, but because the wind was blowing in his favor. The record headline will be declared: â€œwind aided.â€ He ran the 100 in 9.68 seconds, but without the wind it would have been 9.86 seconds. At least one reporter said the record should not have an asterisk because other athletes take advantage of wind to hit home runs, long drives, slicing serves, etc. Dwight Stones, NBC analyst noted Gay has nice shoulders for a runner.
1.2
Score
Popularity
Activity
Freshness
Get Better and Faster