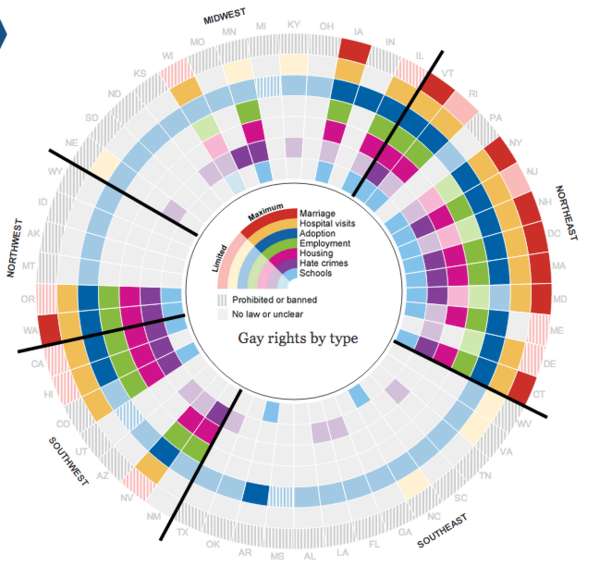 Kevin Young — May 12, 2012 — Lifestyle
References: guardian & chartporn.org
Share on Facebook Share on Twitter Share on LinkedIn Share on Pinterest
The United States is divided in half when it comes to gay rights, and it's bewildering to know that there are people still in shock when President Obama uttered the words: "I think same-sex couples should be able to get married." It's the 21st century, yes?

This gay rights infographic is created by the Guardian in the UK, and it breaks down each American state by region to illustrate the flexibility of gay rights. It shows which state deals with same-sex marriage, hospital visitation rights, adoption, employment and housing. The graph also shows how protected each state is with its hate crimes in schools and work environments.

Majority of the northeastern states are catching on to Canada's long-endorsed law of allowing same-sex marriage. On the other hand, all the southwestern states do not recognize marriage between same sex couples.
6.1
Score
Popularity
Activity
Freshness
Get Trend Hunter Dashboard