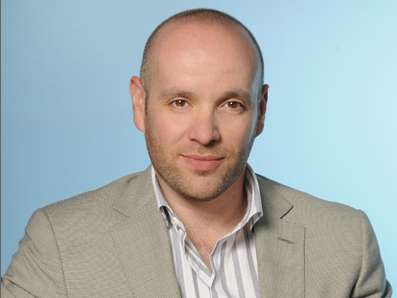 Shelby Lee Walsh — April 25, 2012 — Business
References: dealfind
Share on Facebook Share on Twitter Share on LinkedIn Share on Pinterest
Gary Lipovetsky immigrated to Canada from the Ukraine when he just a child. Coming from a poverty-stricken family and living in a foreign country isn't easy, but Lipovetsky was ambitious, bright and bent on success. Diving into computer retail sales to kick off his career, he slowly transitioned into the world of online media sales.

Now, Lipovetsky is thriving in business and is the CEO of Dealfind, which is based in Toronto, Canada. With the rapidly growing popularity of his company, the business is now going head-to-head with some of the industries top competitors: Groupon and Living Social.

Trend Hunter had the chance to pick Gary Lipovetsky's brain about the trend of online deal sites and his business.

How did you get involved in Dealfind and what motivates you to continue?

I co-founded Dealfind along with my business partner and long-time friend, Michael Tulman in 2010. Prior to Dealfind we founded MenuPalace.com in 1999, a very successful online restaurant directory. The idea for Dealfind evolved from a combination MenuPalace and the growing group buying trend in the United States. MenuPalace.com and Dealfind are both online advertising vehicles for local businesses but with a different payment structure. With Dealfind, instead of charging merchants for advertising every month, we sell their services directly to the end-user then reimburse them. Both models are designed to help merchants acquire new customers.

How significant are the topics of cool hunting and trend spotting in the world of deal sites?

Daily deal sites are all about providing customers with hot spots in their city including restaurants, spas and salons. In addition, Dealfind has expanded to other verticals such as travel and products so we’re always on the lookout for unique products and amazing travel destinations, all at a great deal of course.

What’s considered trendy and cool can vary depending on time, space and the individual. But generally speaking, if something is generating buzz online, in the media or among consumers it may be starting a trend. What’s amazing in the age of social media is how quickly something can become trendy and cool, and subsequently how quickly it can be forgotten and replaced by the next big thing. An idea has to be truly outstanding to having staying power.

Do you need a culture of innovation to create something that is cool? What is the key to innovation?

I believe innovation can come from many sources. Sometimes innovation is that split-second lightbulb idea for something entirely new, and sometimes it’s the hundreds of small pivot points within that idea that perfect it and make it succeed in the long-run. As a business owner, you have to make sure you foster an environment where employees feel comfortable speaking up about their ideas. Nothing ensures successful, creative innovation like team collaboration and an open mind.

What is the best way to create an infectious idea, product or service?

I think if you are truly passionate about your idea it will automatically be infectious. If you’re just trying hard to create something different for the sake of it people will see right through that. These days consumers are looking for products and services that will simplify their lives and save them precious time and money. So if your idea provides that, you may be off to a good start.

What are the most important trends you see in bargain sites?

What we’re seeing happening now is specialization and segmentation into particular verticals. For example, we’ve started to send people emails specific to jewellery for example. The “trend” as you call it [is to] to give our members an email that has choice within one topic of interest. In the case of jewellery, we sent out an email last week with eight different items. So people purchased a set of earrings, a bracelet, and a pendant. Literally one-stop shopping; the ability to purchase a whole set for a complete look, and for rock bottom prices.

Another cool trend we’ve actually created is sending people last chance emails for deals that are about to end, and that have exploded in popularity within a couple of days. For example, we ran a deal a little while ago for a frozen yogurt quick service multi-location retailer called “Yogurty’s.” For those of you who don’t know, self-serve yogurt charged by weight is a hot trend right now. After a few days we had sold over 20,000 vouchers. That means the deal was hot, so we sent out a last chance email and sales went to almost 40,000 units within 48 hours.

What are your ambitions for Dealfind?

As we branch out to new markets and into different verticals, we’re working on improving both the merchant and customer experiences on Dealfind. The industry is still young and the opportunities for growth are endless. Eventually, we’d like Dealfind to become a one-stop-shop for anything and everything.

What is an example of a time where you have thrown away an existing idea to force yourself to find something new?

At Dealfind we’re constantly throwing away the old, and bringing in the new. Certain deals that sell a lot one day, don’t sell at all the next. So we’re constantly on the lookout for new, innovative and trendy products and services. We get approached everyday by merchants who want to run their deals on our site. So our team of “Deal Analysts” combine good old fashioned number crunching with gut instincts. So, to answer your question, we’re always pushing ourselves to find something new.

How do you reset yourself to be creative? Do you have any rituals?

I don’t think that creativity is about starting over. I feel that it’s a state of mind. It’s important to constantly be open to what’s going on around you. Creative ideas come from the most unexpected places, so I just keep my ears open, keep my eye on popular culture, try to understand my customers, and put myself in their shoes.

Professionally, what do you want to be doing or studying in 10 years?