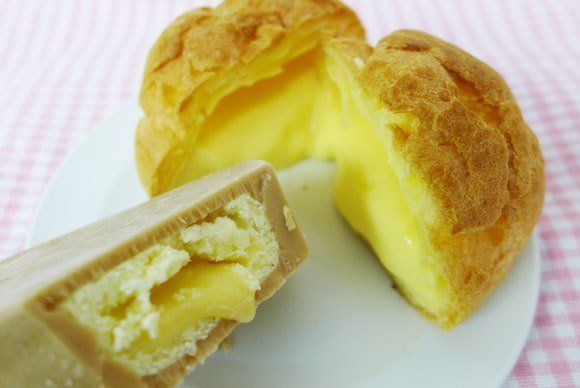 The popsicle is a light brownish color that mimics the toasty outer layer of a cream puff and on the inside, there's layer of shaved ice wrapped around a creamy custard filling. The Gari-Gari Kun popsicle is going by the name of 'Shu-Kurimu,' which borrows from the French name for the treat, "choux crème."

Although it's definitely still an unusual popsicle flavor, at least it's not like biting into something you'd eat for dinner.
5.4
Score
Popularity
Activity
Freshness
View Innovation Webinars