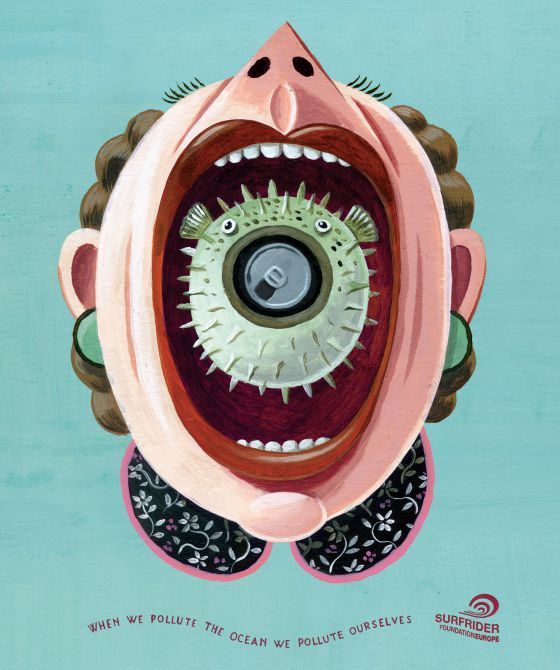 Laura McQuarrie — May 13, 2014 — Eco
References: surfrider.org & creativecriminals
Share on Facebook Share on Twitter Share on LinkedIn Share on Pinterest
These Surfrider Foundation ads show that when there's garbage in the ocean, it comes back around and ends up being what humans eat. The ads were developed for the Surfrider Foundation Europe by Amsterdam-based agency Young & Rubicam, and they take the style of a food chain, showing that ocean trash is consumed by fish, which is then eaten by people.

The whimsical ads are playfully illustrated, in a style that's almost reminiscent of the storybook telling of the 'The Old Lady Who Swallowed a Fly.' From just the top perspective, some of the angles of the trash drawings makes it a little difficult to tell what they are, but either way, you know that those objects are not fit for human or animal consumption.