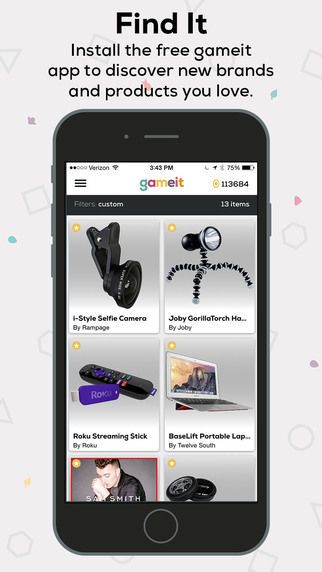 Although in-app advertisements are usually skipped by users as quickly as possible to get onto the gameplay, in the case of gameit, they serve as essential parts of the experience, since they reveal details on sponsored products that could be won. By answering questions as quickly and correctly as possible, users have the chance to soar to the top of a leaderboard in order to win a desired item. There are also exclusive deals offered to other top players as consolation prizes.

While it's been reported that more than 72% of Americans ignore advertisements, the CEO of gameit notes: "By gamifying mobile advertising, gameit is changing this paradigm. gameit creates a true value exchange between advertisers and their audiences."
4.5
Score
Popularity
Activity
Freshness
View Innovation Webinars