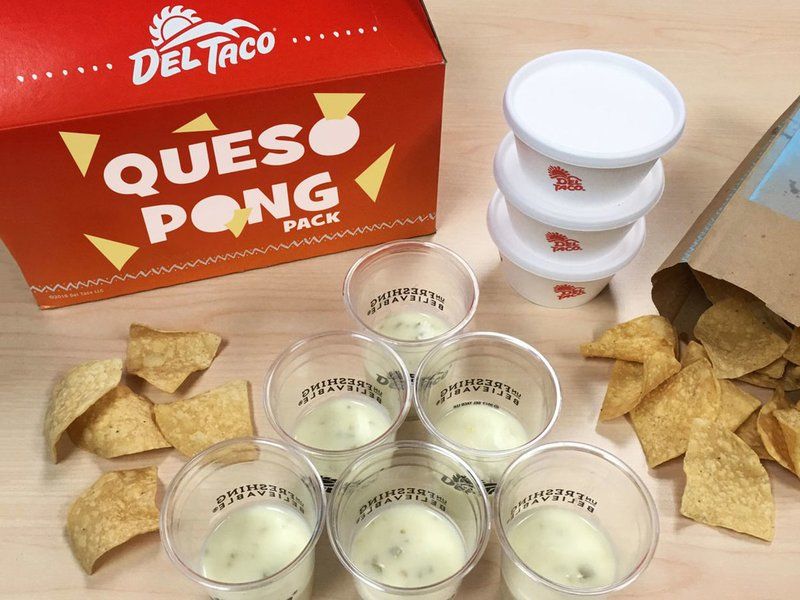 Laura McQuarrie — November 11, 2017 — Lifestyle
References: facebook & foodandwine
Share on Facebook Share on Twitter Share on LinkedIn Share on Pinterest
This fall, Del Taco shared a short video to Facebook that featured a game with food involving a tortilla chip being dropped into a red solo cup, asking: "who’s got the next round of queso pong?"
Since the 15-second video went absolutely viral, Queso Pong has been created as an official limited-edition gaming kit for fans of the Mexican fast food chain.

As its name suggests, Queso Pong is just like beer pong, except that it is meant to be played with the melted cheese sauce.

A single Del Taco location in Los Angeles is now giving out 20 official Queso Pong packs for free, which include: 12 branded cups, a rules sheet, a big bag of chips, a carrying pack and of course, plenty of queso.
3.6
Score
Popularity
Activity
Freshness
Get Trend Hunter Dashboard