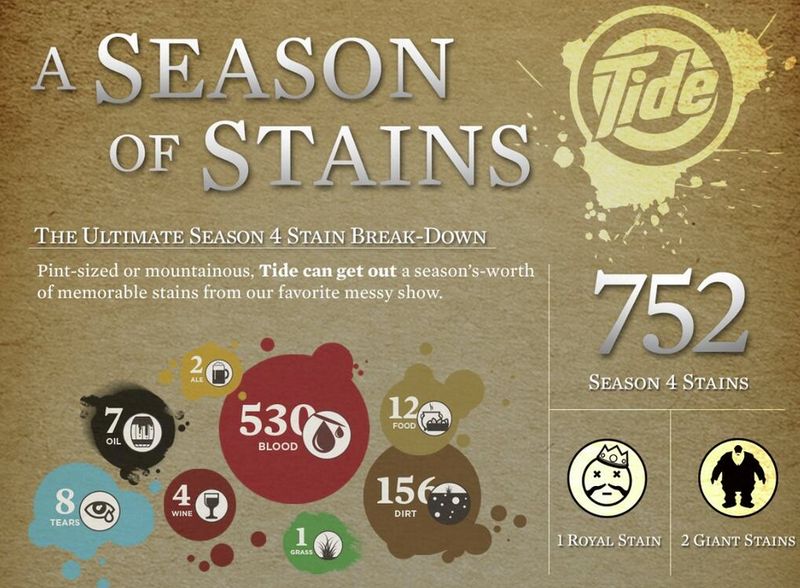 Misel Saban — July 5, 2014 — Pop Culture
References: tide & psfk
Share on Facebook Share on Twitter Share on LinkedIn Share on Pinterest
Any fan of HBO's Game of Thrones show knows how much blood and gore go into one season of the hit fantasy series. Characters often die, weddings turn into blood baths and some heads even explode. It makes sense then that leading detergent brand Tide would create a stain removal infographic using Game of Thrones as an example. After all, if Tide can remove the blood, food, ale and grass stains featured on Game of Thrones then there is nothing Tide can't remove.

The 'A Season of Stains' infographic looks into Game of Throne's season four and charts each episode based on the amount of stains featured. The stains vary from things like blood, ale and food to things like dirt and even tears. Each mess is given a percentage depending on the episode's content. According to the infographic, episode one had the most amount of spills with a whopping 181 stains.
2.1
Score
Popularity
Activity
Freshness
Access Advisory Services