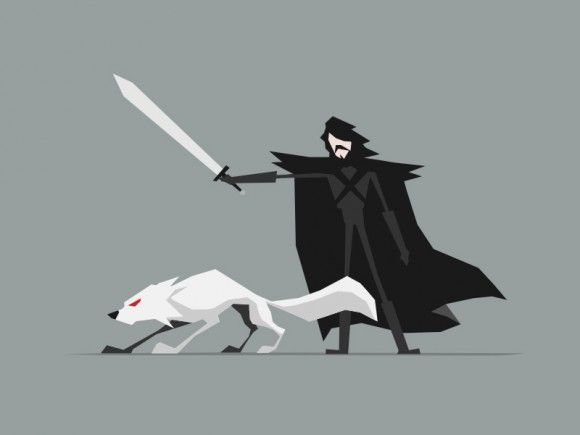 Alyson Wyers — June 17, 2014 — Pop Culture
References: xaxor & designtaxi
Share on Facebook Share on Twitter Share on LinkedIn Share on Pinterest
If you're still reeling from Sunday night's season 4 finale, these Game of Thrones illustrations could fill a wall-sized hole. The minimalist drawings by Jerry Liu are done in a vector art style and depict characters from the hit HBO television show.

The Washington DC-based art director and designer created the fan art in a two dimensional format with little amount of detail, making clever use of characteristic color schemes to make them recognizable. The Game of Thrones illustrations are of characters such as Jon Snow and his albino direwolf, Melisandre, Arya and the Mountain, Tyrion and his entourage, Ygritte and other wildlings. They are drawn with accessories like swords and other weaponry, as well as Melisandra's blood red pendant.
6.2
Score
Popularity
Activity
Freshness
View Innovation Webinars